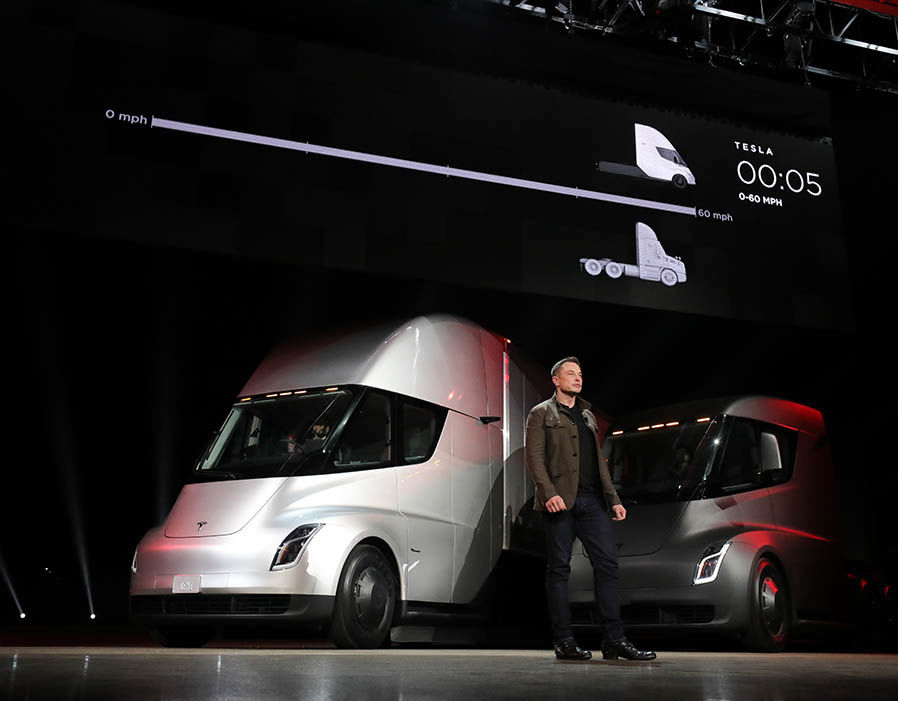 In Tesla fashion, this vehicle did not fall short of expectation, and can go from zero-60mph in just five seconds and, even with a max load of 80,000lbs it can accelerate to 60mph in just 20 seconds.

The Semi can also travel up a five per cent gradient with a max load at 65 mph, compared to a diesel truck that can travel 45mph.

Earning 50 per cent per mile over a diesel truck due to the faster speed.

Diesel trucks are 20 per cent more expensive than a Semi from day one.

The new electric lorry will have a decent 500 miles of range at maximum weight at 60mph.

“Because this truck has no gears, you’re not constantly shifting gears,” said Musk.

Semi truck has a drag 0.36 coefficient compared to 0.38 on the Chiron.

Drivers of the Semi sit centrally instead of to one side and are flanked by two touchscreens – similar to those seen in the Model 3.

Claimed reliability for one million miles before breaking down and can still work with just two in a faster and more efficient way than a diesel truck.

The vehicle will also come in a range of colours.

It will run on solar power and be able to plug into the new ‘Mega Charger’ network.

Automatically the truck comes with Autopilot which will assist with braking and lane keeping.